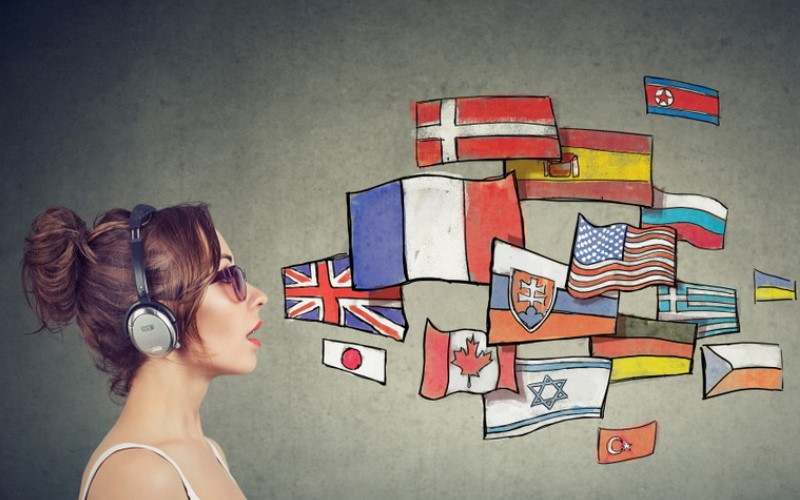 We are going to describe hardest languages of the world that are difficult to learn. Don’t take it as a sign to give up. There are several online resources and language learning software that will get you understanding and speaking with confidence.

Below is a list of 10 languages that are harder to learn for English speakers as well as for everyone else. All the information has been compiled after a thorough research process.

One Chinese word can be pronounced in four different ways because this language has four tones and each tone has different meaning therefor it is called tonal language. To learn this language, you must know about this culture. If you have ability to speak Chinese does not means you have also ability to read. Learning this language is very useful in business point of view.

Arabic language is one of the maximums spoken languages in this world. Arabic is the language that gives you a valuable vision into the culture. It is written from right to left. There are very few words in this language that are common with English, which makes it difficult.

If we compare Arabic with other languages, we will come to know that many letters are written in a lot of ways depending their place of adjust in the word, vowels are not used in written so translating is difficult as compare to other languages. This is hardest languages to learn because the patterns of speech and letter sounds are very different than English Language. Arabic is also spoken by the people in Syria but their Arabic is different from Saudi Arabia.

It is one of the oldest languages and most beautiful spoken language. There is very interesting thing about Arabic language that there are some symbols in this language called zair, zabar, paish which are used in up and down of letters. If we change the place of symbols, the meaning of word totally changed.

You know Japanese is one of the hardest language because learn Japanese is not an easy task for English or all the speakers. There are thousands of characters in this language to learn before learning this language. There are 3 writing systems named Kanji, Hiragana and Katakana. Kanji is used for writing the original Japanese language in a symbol.

In Hiragana, there are characters for writing the original vocabulary of Japanese language. Katakana is used in writing the words that are composed of foreign language. Meanwhile, for learning this language you also have to learn the Japanese culture. For example if you are greeting someone, you must low down your head. When you became master in this language in writing and speaking, it will be easy for you to learn other languages like Chinese, Korean.

Hungarian grammar is actually so hard to learn due to its most difficult rules with 26 different cases. Not only this, there are also some essential cultural implications which make it more difficult to learn in separation that’s why the most of the European languages face with this problem.

There are cultural elements in this language that make it more challenging to learn specially for English speakers. It is related to the small language family just like Finnish.

Russian language is evaluated a 2 of 3 in difficulty by the (FSI), which positions languages based on how long it would take the average native English speaker to learn it, so it’s not as difficult as some of the other languages on this list. Russian uses a Cyrillic alphabet made up of letters both familiar and unfamiliar to us.

It is also hardest languages to learn ranked as Russian uses many consonants bunched together like Polish that makes spelling and pronunciation a challenge. Regardless of its difficulty, Russian might be value the extra effort to learn. It’s a very ethically and culturally relevant language. If you want to learn languages from home, check out this article from Porch.

Korean Language is a comparatively upfront alphabet that doesn’t take too long time to learn, it is not like the characters used in Chinese and Japanese writing systems due to that you can start sounding out words quickly. Korean language has no relationship to other languages which makes it the most strange and sole language.

But there are also many challenges in this language, like its own alphabet and difficult grammar. Furthermore, this language has a specific word order. In other words, Korean is like no different language that you may have heard. For example, the Korean language defines the subject represented first, then comes to the object, and finally finishes with act.

Finnish has a status for presence a complicated language to learn, and with good cause. It has nouns with 15 different cases, but in English, they have only 3: subjective, objective, possessive. The language belongs to Finno-Urgic language family, so it doesn’t contain any Latin or German impact to help you predict what something means. Here is a thing that does make it a slight easier that it is written the way it sounds in the similar alphabet like English language.

In this language, two areas can give English speakers a hard time, spelling and grammars. The words of this language are full of consonants, which makes them hard to spell and pronounce. On the other side, Polish uses a Latin alphabet, so the letters are much more familiar to English speakers than those used in Chinese, Arabic and other non-Latin languages.

In the recent years, Vietnam has become a famous visitor’s choice, about 30% more travellers coming to experience the Vietnamese culture. People there are very friendly and being able to talk to them in their native language will give you a deeper understanding of their beautiful country. The tonal differences and written character differences are also a big difficulty for non-native speakers. For example, in Vietnamese each letter is ascribed a tonal symbol, with simple letters like a letter ‘o’ having more than 10 variations.

Icelandic is near as difficult as some of the languages on this list of hardest languages. The fact that it is spoken by less than 400,000 people on one island and is mostly unchanged since Iceland was established in the 9th and 10th centuries mean that is also pretty complex and distinctive. Iceland is one of those countries who make up new words for newly created objects instead of adopting an English or other language word.

Most Popular Jobs Related to a Linguistics Degree