How Long Does it Take to Learn Russian Language Fluently? 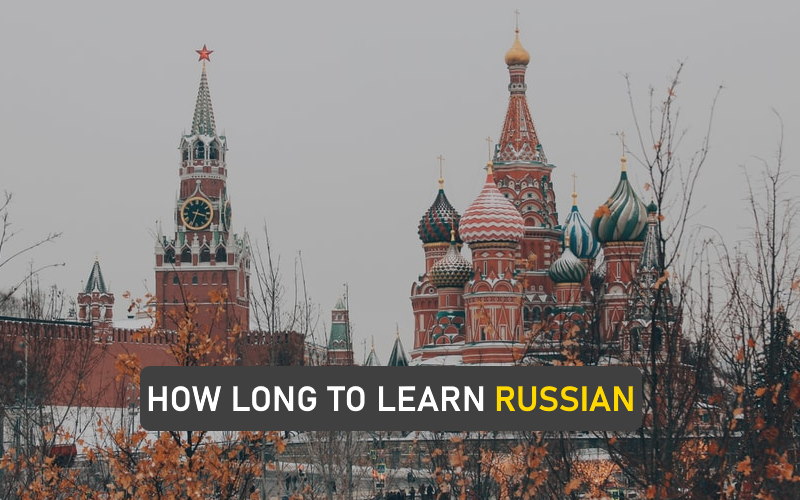 If you are thinking about learning Russian, you might consider, how long does it take to learn Russian? It takes approximately 1100 hours of study to become fluent in the Russian language, reports the Foreign Service Institute. It would take a year to reach that level if you studied 3 hours a day.

Russian is a language that is worth learning, but time is money too. It would be great if we could all have a limitless amount of time to improve our language skills, but the reality is that our personal and professional lives leave us very little time to learn. Learning Russian is not an easy task. When one first begins, it might seem as if it will take a long time to master it.

Many of us are short on time, so it’s normal to wonder, how long it takes you to learn Russian. Although there is no definite answer to this question, we will attempt to explore it in the article below as thoroughly as possible.

In this lesson, we’ll discuss the factors that impact the speed of your learning progress. The average time it takes to reach each level of Russian, and how to learn Russian fast.

How Long It Will Take You To Learn Russian? Factors to Consider 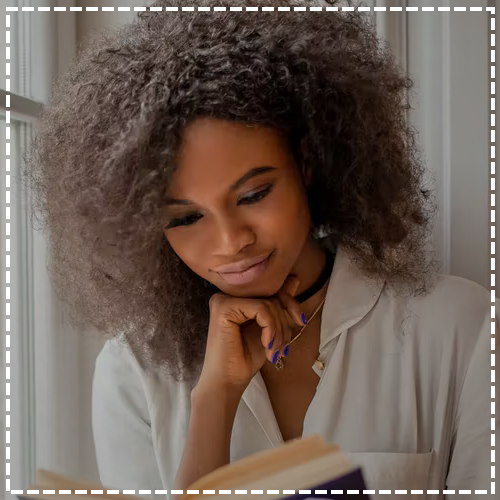 Here are some factors that influence the learning time of Russian. You will learn more about what to expect from the road ahead if you ask yourself how each of these points applies to you.

Your Prior Language Learning Experiences

If you have been raised bilingually, or if you speak a foreign language, you may be able to learn Russian more quickly. Many linguistic studies indicate that bilingual individuals have a better chance of learning a third language. They are more familiar with languages because they have grown up in a multilingual environment.

Learning one language will allow them to learn another. Do not worry, if you aren’t bilingual or multilingual: Even the year you studied French at high school or the trip you took to Tokyo will help.

It is important to learn the basic components of a language as well as its unique characteristics before you start learning it.

Having already mastered foreign grammar, studied vocabulary, listened to different sounds, and memorized different letters, your brain knows what to expect when you learn a new language.

The learning process becomes easier and faster since there are fewer surprises. Even exposure to different languages can make the process of learning languages faster.

Maintaining motivation is crucial during the process of learning a language. Multiple studies have documented how to motivate students to learn languages. Many people succeed at learning languages, and many others fail. Staying motivated is the key to both success and failure.

If you remind yourself why you want to learn Russian, how it will benefit you, and whether it will enhance your career, you will stay motivated and thus, make the process faster.

People from Russian-speaking countries are grateful to foreigners who make an effort to communicate with them since even small steps can make a big difference in how well they communicate.

Alternatively, if you slow down, ask them for basic vocabulary, and adapt your body language, they’ll be more than ready to help you understand. It should be motivating to be able to converse meaningfully in another language, so do not give up!

The Language You are Learning?

Despite it being one of the more difficult languages for English speakers to learn, Russian is a fascinating language that has a very well-structured grammar. Many other European languages are descended from the Indo-European language family, including Russian.

These languages share the same roots, so you can find similar names for basic concepts. Many words in Russian came from European languages over time. You can use these words, known as cognates, to learn language by yourself quickly and more effectively.

You may already be familiar with some of these Russian words without realizing it: Getting to know this language will give you lots of fun tips, and making progress in learning it will be easier!

Read Also: How Long To Learn a Language

The Way of Your Learning

How Long Does It Take To Learn Russian? Getting familiar with the Cyrillic alphabet – You should be able to master the basics within a week, and feel comfortable within a couple of weeks. The learning methods you use also impact how quickly you learn Russian.

If you only learn a language in a classroom setting, learning will probably take longer. However, if you are exposed to Russian outside of class, you can speed up the learning process.

You can learn quickly by reading, listening to the radio or listening to eBooks, speaking, watching Russian movies, and traveling to Russia. You may also want to incorporate some Russian elements into your daily life by utilizing modern technology.

Consider installing some Russian apps on your mobile device, watching a Russian TV series on Netflix or listening to a Russian pop song on YouTube! You will gain an affinity and respect for the language you are learning as well as the culture surrounding it through these immersive and contextual scenarios.

The way you approach learning Russian affects how quickly you master it. Learning a language is easier if you take the opportunity to expand your horizons with a positive attitude. It will be easier for you to study and learn as much as possible, making the learning process more enjoyable and speedier.

How long to learn Russian depending on how frequently you intend to practice Russian daily, weekly, or monthly, how long it takes you to learn it also depends on how much time you have available. Researchers have found that language learners who dedicate an hour a day to learning the language have greater success.

If you watch a movie, study grammar, memorize vocabulary, or read a book, you will learn far more quickly than if you just attend a class on a weekly basis.

This is why online language learning programs like Rocket Languages are so popular with language learners: they are easy to use and encourage frequent study. Also, to learn a language at the fastest pace, you should immerse yourself fully.

It is impossible to learn Russian effectively without motivation. If you want to accomplish this, you’d better find some inspiration before starting. What are the reasons for your interest in this? When you know you’ll benefit from your Russian studies in the future, you will be more motivated to continue studying.

You might be able to get into the university, get promoted at work, or win the heart of the person you love with Russian language skills.

Motivating yourself in these ways to learn languages will propel you forward! An interest in linguistics can also serve as a motivator. It’s not uncommon for people to study several languages at the same time. Other foreigners love Russia, as well as the language it speaks. They want to know more about it. Essentially, they are interested in it.

The Motivation behind Your Decision

No doubt learning a language takes both motivation and discipline. How long to learn the Russian language? The learning process would be much slower if you only studied Russian sporadically, for fun, rather than when you had a purpose and conducted a regular study.

You can learn Russian quickly without sacrificing quality by speaking and writing in Russian. The more you listen to Russian speech as well as speak Russian, the better your results will be.

Language courses are the best way to learn Russian and way to study systematically. Those with a high level of motivation study on their own. In both cases, the learners follow a set study schedule.

Those wishing to learn Russian should also immerse themselves in a Russian-speaking environment. This would not require you to be much disciplined or to be more committed to a schedule.

Spend at least a few months in Russia if you get the chance! So, how long does it take to learn Russian? It depends on your commitment whether you spend time mastering your skills.

→Is Russian hard to learn?

Many consider Russian to be one of the hardest languages to learn. The statement is often true if you are unfamiliar with other Slavic languages (such as Bulgarian or Czech). It is not uncommon to find many exceptions to Russian grammar rules.

→Can I learn Russian in 3 months?

Do you want to fluent in Russian? This language is challenging for many people. In 3 months, you will not gain fluency in Russian. With an hour of study daily, you will become an upper beginner within three months.

→Is learning Russian worth it?

The answer would be no if you live in the U.S. Since Russian is not used daily in the United States. But learning simply to study literature, culture, or so much is worthwhile.

Russian is not those from easiest languages to learn. Due to the specific rules of Russian pronunciation, it’s not difficult to pronounce. Additionally, they aren’t that numerous. After remembering these rules, your Russian speech will sound natural.