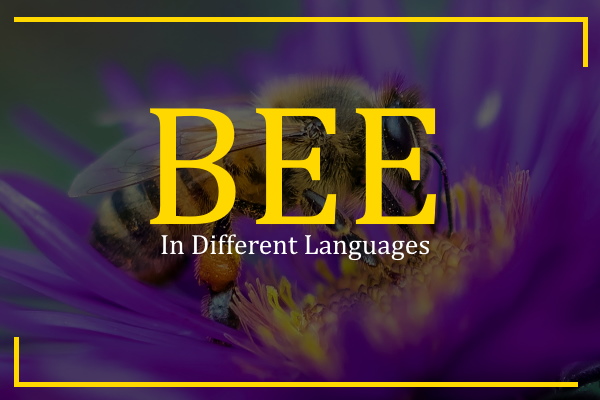 Bee in Different Languages: Wasps and ants are winged insects known for their pollination duties. Bees are closely related to them. Bees are flying insects belonging to the Apidae family that collect nectar and pollen. It is estimated that there are approximately 20 000 different kinds of bees, and these species differ greatly from one another. Some make honey and some don’t. Some can sting, while there are others that cannot. The life cycle of a bee begins with eggs, hatching into larvae, which grow and pupate, eventually emerging into adults, who feed on and collect nectar and pollen from flowers. All continents except Antarctica have wild bee species. In a honey bee colony, three types of adult bees usually live together: workers, drones, and queens.

Bee in Other Foreign Languages