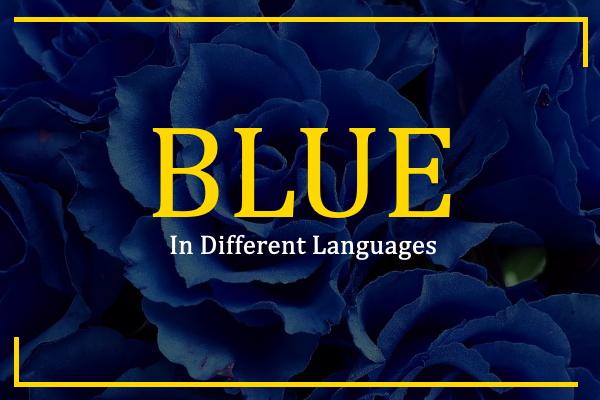 Blue in Different Languages: Blue is one of the first three shades of the conventional colour theory and painting pigments. The colour blue is associated with two natural features of Earth: the sky and the ocean. The blue was produced by Egyptians which they used for painting and decoration.

Blue in All Languages

Translation of word Blue in almost 100+ different languages of the world.

Blue in Other Foreign Languages

Video Translation of Blue in 10 Other Languages

The colour blue continues to evolve into different shades with a new shade discovered less than a decade ago. Did you know more than 5000 people search word blue in different languages to gain the knowledge.

In 2009, Professor Mas Subramanian and his student Andrew E. Smith at the Oregon State University inadvertently discovered a new shade of blue.

Smith discovered that one of his samples became blue when heated when he explored new materials for manufacturing electronics.

YInMn was the name of shade discovered. Surveys in America and Europe show that blue is the colour correlated most often with peace, loyalty, confidence, distance, infinity, imagination, cold and sometimes sadness.

It’s the most favourite colour of half the men picked and tested. The same surveys found that blue was the most male-connected colour just before black, and was the most intellectual, intelligent, cool, and concentration colour. Blue is also very famous in dressing for both: men and women.