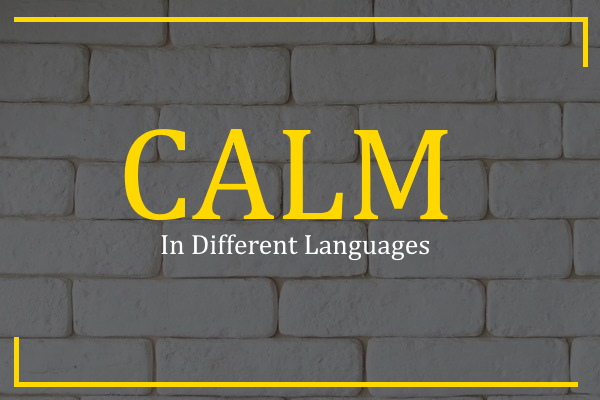 Calm in Different Languages: We find strength and resilience in a sense of calm. A calm mindset prevents anxiety and worries from arising. It is a period or condition when there are no storms, high winds, or rough waves. Calm weather means no wind, while calm oceans or lakes mean they are still and there are no waves. The word calm describes a place without fighting or public disorder, even if trouble has recently occurred there or if trouble has been predicted. Rather than letting our emotions take over, we can deal with negative emotions and challenges with logic and reason when we are calm.

Calm in Other Foreign Languages