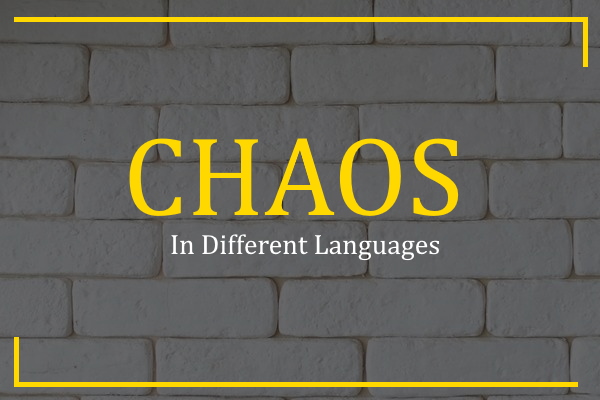 Chaos in Different Languages: A chaotic situation is one in which everything is confused and messed up. For example, heavy rains are expected to bring chaos to large areas this afternoon. Chaos means “void” or “chasm” in Greek, which makes sense given that chaos also refers to an unformed state of matter before the universe, or cosmos, was created. Despite only slight changes to the initial conditions, a chaotic system can develop in wildly different ways. There is a phrase called “controlled chaos” that describes things that appear chaotic but are controlled according to unseen rules. The other example is “The country is still in chaos six months after the revolution”.

Chaos in Other Foreign Languages