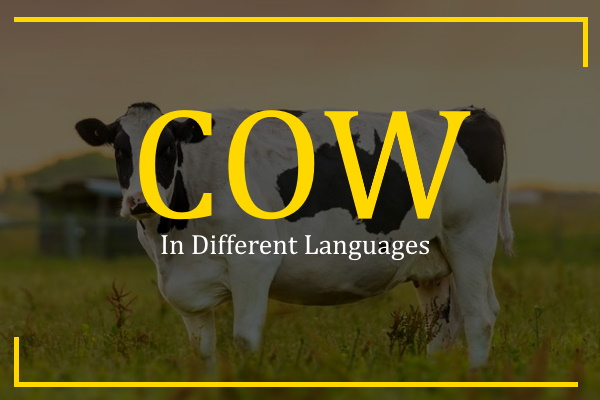 Cow in Different Languages: It’s a member of the Bovidae family, which belongs to the subfamily Bovinae. Among the other members of this family are Gazelles, Buffalo, Bison, Antelopes, Sheep, and Goats. It is common for cows to be raised for milk, cheese, and other dairy products, as well as meat, including beef and veal, and hides for leather. There are only female “cows” in the world. Bulls and steers are males. A female is called a heifer before she gives birth to her first calf. She becomes a cow when she gives birth to her first calf. The number of cattle breeds in the world is over 800. Dairy breeds produce milk, while beef breeds produce meat.

Cow in Other Foreign Languages