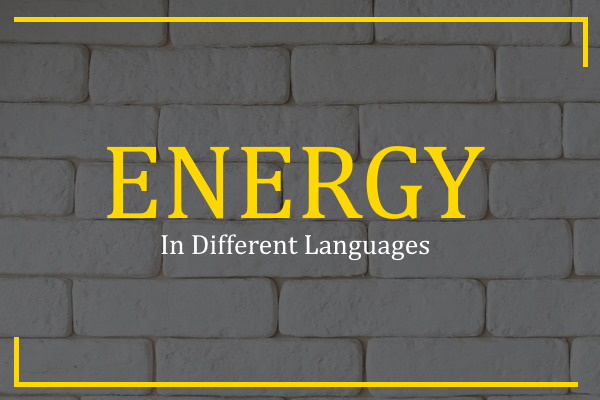 Energy in Different Languages: The definition of energy by scientists is that it is the ability to perform work. In modern civilization, energy has been transformed into different forms and used for different purposes. Energy is used by people for walking and cycling, driving cars along roads and using boats on the water, cooking food on stoves, making ice in freezers, lighting our homes and offices, and sending astronauts into space. In the absence of energy, nothing can be created or destroyed. This is called energy conservation. All living organisms do work, and photosynthesis or food provides energy. Additionally, humans are also able to create machines that do their work for them by burning fuel.

Energy in Other Foreign Languages