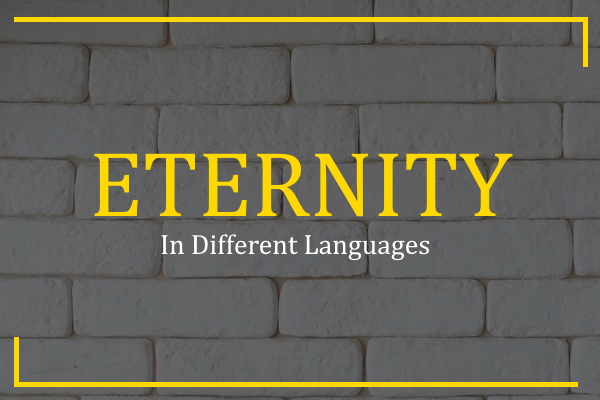 Eternity in Different Languages: I love you for all eternity. This is an endless or limitless time. The term eternity means “forever,” as in living for the rest of one’s life. A situation may seem endless, like waiting an eternity for your friend to emerge from the washroom. A situation that seemed to last an eternity is usually that it was boring or unpleasant and seemed to go on for an eternity. Generally, eternity means continuous time without end or being everlasting in quality, condition, or fact. Throughout history and in many religions, eternity has been viewed as an infinite duration. Particularly after death, life continues without end.

Eternity in Other Foreign Languages