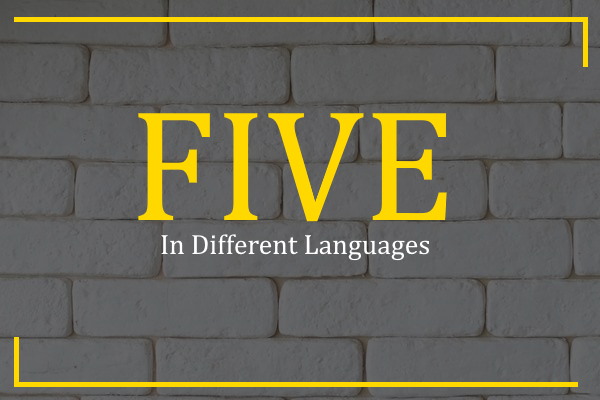 Five in Different Languages: Five is a prime number. It’s a mathematician’s secret that a prime number can only be divided by itself and one. Generally speaking, humans have five senses. The five senses of hearing, seeing, touching, smelling, and tasting affect how we perceive the world around us. A Muslim prays five times a day to Allah. The number five is associated with Mercury, and Virgo and Gemini are lucky star signs. English alphabets consist of five vowels: A, E, I, O, U. There are 5 sides and 5 angles in a pentagon. Starfish have five arms in the majority of cases. There are five hearts in an earthworm. All these facts about five are true.

Five in Other Foreign Languages