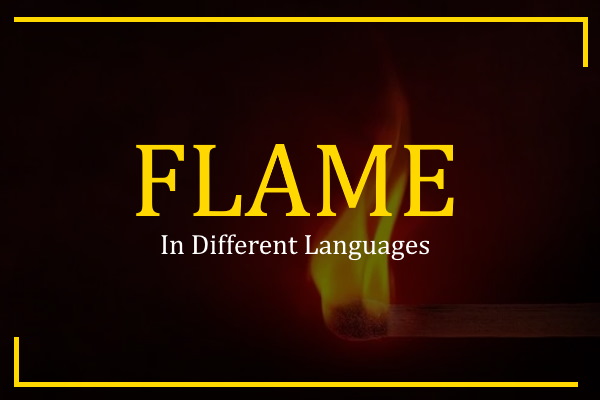 Flame in Different Languages: Flame is derived from the Latin word “Flamma”. Flames are hot, bright streams of burning gas from burning objects. It refers to the visible, gaseous part of a fire. The reaction occurs in a thin zone due to a highly exothermic chemical reaction. You burn different things at different temperatures so the color of your flame will vary. The uneven temperature of a flame causes color variation. Blue is typically the color of the hottest part of a flame, while orange or yellow is usually the color of the cooler parts of the flame. In other words, burning produces hot gases that are visible as flames.

Flame in Other Foreign Languages