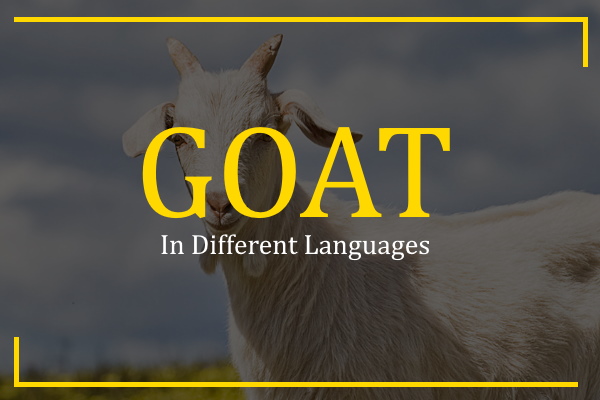 Goat in Different Languages: The word goat derives from Old English gāt. Usually, goats have horns and beards similar to sheep. It lives in the wild on mountains or farms for milk, meat, and wool. The number of goat breeds exceeds 300. Having baby goats on the farm can be a great draw for visitors. It can also be a therapy animal and provide companionship to the owner. It is gentle like a cat and loyal like a dog which is unbelievable. Its milk and other products have a viable market. Some goats are well-suited for steep and rocky trails and can train to carry your gear on hikes. Have you decided to own this animal?

Goat in Other Foreign Languages