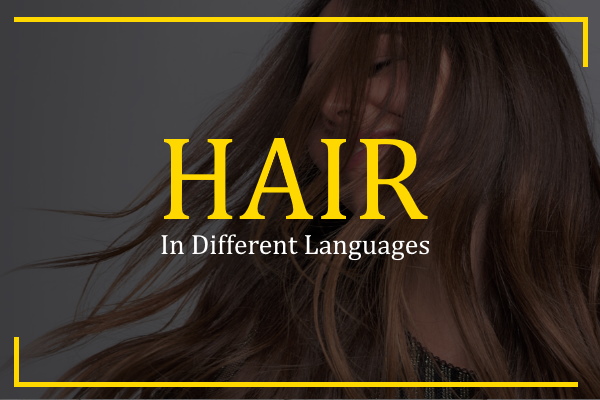 Hair in Different Languages: People and animals have thread-like structures on their heads or in their skin that grow out of the skin. Throughout your head, you have a mass of fine threads called hair. There are more than 100,000 hair follicles on the average head. There are many types of hair, from straight to curly, from brown to gray to deep red. Hair grows on arms and legs even if people don’t have hair on their heads. After bone marrow, hair is the body’s second fastest growing tissue. It is estimated that one entire head of hair is able to support the weight of two elephants, or two tons!

Hair in Other Foreign Languages