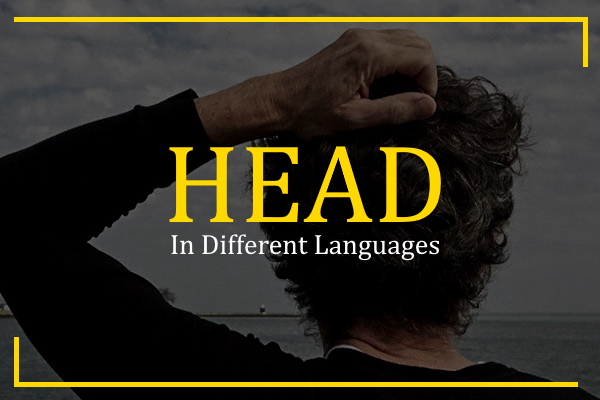 Head in Different Languages: Head can also be used as a verb to indicate that one is in charge or moving in a certain direction. Head of a human, attached to the trunk by the neck, containing the brain, eyes, ears, nose, and mouth. Your head contains your eyes, mouth, and brain, which are located at the top of your body. You are intelligent and have good judgement if you have a good head on your shoulders. When you make up your mind that something is true, you begin to believe it, even when there is no good reason to believe it. It is also called a head when someone is in charge of a group of people. In a school, the principal is in charge.

Head in Other Foreign Languages