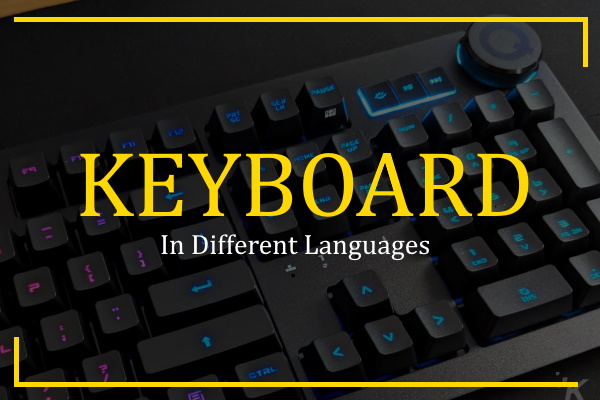 Keyboard in Different Languages: The keyboard is one of the most common input devices on a computer. It has many buttons that perform additional functions in addition to creating letters, numbers, and symbols. The keyboard has greatly enhanced the productivity and efficiency of users. In order to enable a user to perform actions that would otherwise require a mouse, many operating systems and applications developed keyboard shortcuts. Keyboards can be plugged into a computer via wire or wireless (such as Bluetooth keyboards). In the 21st century, most wired keyboards use a USB port to connect to a computer, whereas older models use red DIN plugs.

Keyboard in Other Foreign Languages