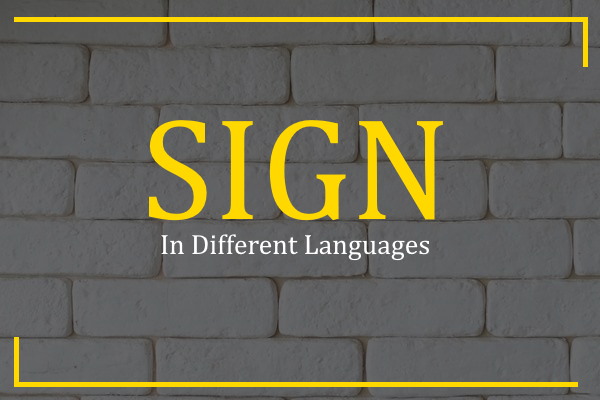 Sign in Different Languages: An indication that something happened is a sign, such as a stop sign that tells you you need to stop. Writing your signature is also part of sign. In mathematics or music, a sign is always associated with a particular meaning. A sign of equality is usually used in equations. A sign is a movement that is intended to convey a particular meaning with your arms, hands, or head. Signing is a way of communicating with someone. People who are deaf can understand a program or performance if it is signed.  Signing a document requires you to handwrite your name at the bottom or in a special spot.