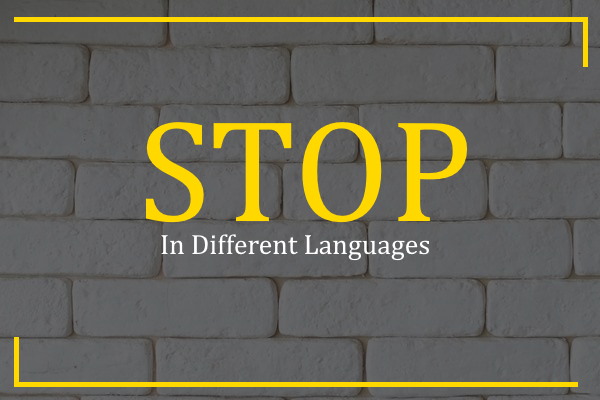 Stop in Different Languages: When we stop something from happening, we prevent it from happening or prevent it from continuing. The period at the end of this sentence indicates a “full stop.” It means not moving anymore or making something or someone stops moving. As a punctuation mark, a full stop marks the end of a complete sentence. When a sentence ends with a full stop, it indicates that it is a command, meaning that it instructs someone what to do. Bus stops are places where passengers can board or depart from a bus. A stopping place is any of the places, except the place of departure and the place of destination, where a passenger is scheduled to stop.

Stop in Other Foreign Languages