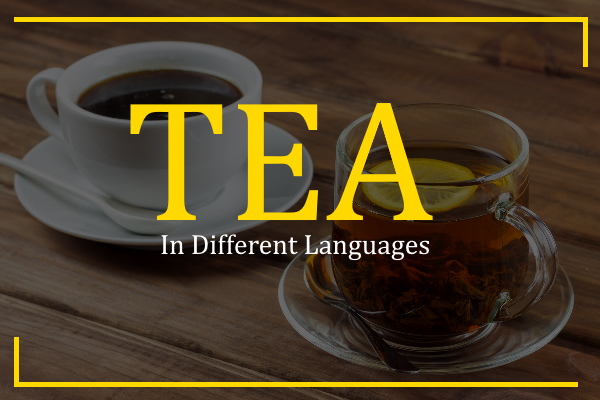 Tea in Different Languages: In the preparation of tea, young leaves and leaf buds of the tea plant are steeped in freshly boiled water. For thousands of years, people have been drinking tea around the world. It was in the 3rd century AD that tea was first recorded as a medicinal drink in China. Unlike Camellia tea, herbal tea is made from dried herbs. We tend to buy teabags here in the US more often than loose tea. A variety of different teas are normally blended together to make most popular brands of teabags. Few people can say that tea isn’t special to them. Whether you can’t go without a nice cup every morning or enjoy a refreshing cup on occasion, tea holds a special place in many people’s hearts.

Tea in Other Foreign Languages