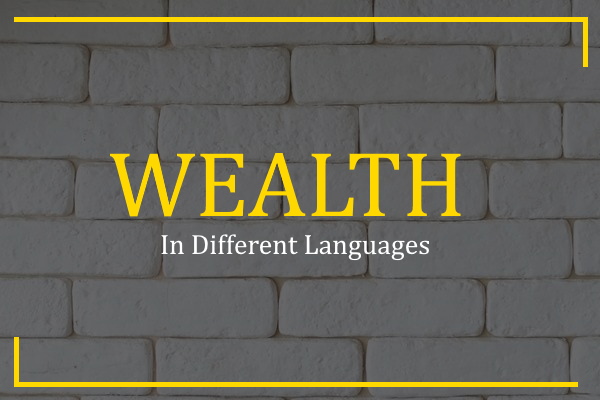 Wealth in Different Languages: It is a measure of the value of all the assets of worth owned by one person, a community, a company, or a nation. To calculate wealth, take the total market value of all physical and intangible assets held, and subtract all debts. As a general rule, wealth is accumulated through the acquisition of resources that are scarce. When a specific person, organization, or nation accumulates a large amount of valuable resources or goods, they are considered wealthy. The difference between wealth and income is that wealth is a stock, whereas income is a flow, and both can be viewed from an absolute or relative viewpoint. When someone has a large amount of money or valuable possessions, they have a large fortune.

Wealth in Other Foreign Languages