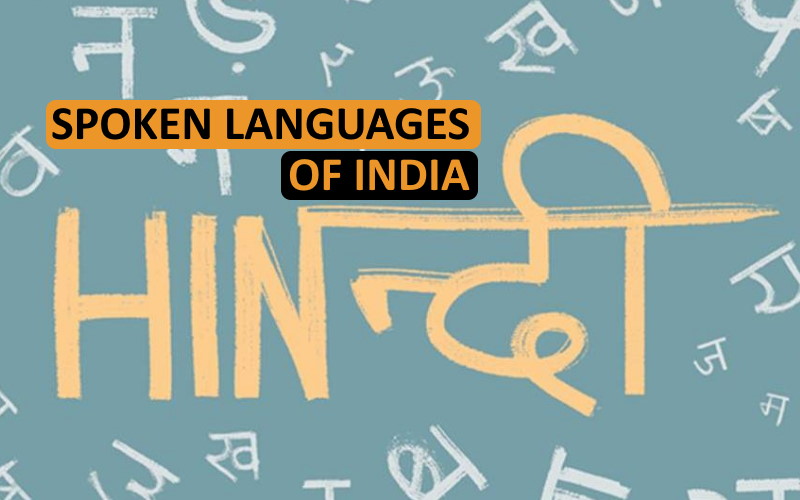 In this report, we have discussed about 12 most spoken languages in India. India is home of dozens of languages, contains 22 regional languages including Hindi and different other Indian languages.

From total languages spoken in India, we have share the list below of top 12 Indian languages by number of native speakers, as per the 2011 report.

The most spoken language in India is Hindi which is spoken by 528 million Speakers. Hindi Divas is celebrated in India on 14th Sep, spoken by 366 million people as the original language.

Hindi is an official languages of India, and 4th most spoken languages in the world, written in the Devanagari script.

There are 97 million Bengali language speakers in India. Bengali also famous as Bangla languages. It is the 2nd most spoken language of India after Hindi.

West Bengal state official language is Bengali. It is also spoken by some populations in other states of Assam, Tripura, and Bihar.

Marathi language with 83 million speakers is on the third position. This language is also spoken in Goa states and some part of Gujarat and Karnataka.

The 4th language in the list of most spoken languages in India 2022 is Telugu with 81 million speakers. Telugu is a Dravidian language and falls in top five list with official status in more than one state.

Telugu language is spoken in Andhra Pradesh and Telangana state.

Tamil with 69 million is on 5th position. This language is also a Dravidian language, spoken by the Tamil people in India. This is also spoken in some parts of Malaysia and Sri Lanka.

The 6th most spoken language of India is Gujarati with a number of 55 million speakers. Gujarati language mostly spoken by the people of Gujarat state.

Urdu is 7th most spoken Indian language and there are 66 million Urdu speakers in India. Urdu language is one of the twenty two official languages of India. Urdu is an Official language of Pakistan which also spoken in Jammu and Kashmir, West Bengal, Uttar Pradesh and Telangana.

Kannada is on number 8th with 43 million speakers. It is a true Dravidian language spoken in South India. Kannada language is also spoken in other cities of India including Hyderabad, Delhi, Goa and Maharashtra.

There are 37 million Oriya speakers in India. Odia language is spoken in Odisha by native speakers and also spoken in some parts of Jharkhand and Chhattisgarh.

The Indian Government has declared six classical languages of India in which Odia is one. The others were Tamil, Telugu, Kannada, Malayalam and Sanskrit.

The 11th most spoken language in India is Punjabi. This is the native language of Punjab, also spoken in Pakistan and Canada widely.

Assamese is the 12th most spoken Indian language. It is an official language of Assam state. Assamese language has 15 million speakers in India.

India have lot of beautiful places and valleys but below video shows us the most beautiful places in India with great cinematic stuff. Must appreciate his effort and don’t forget to subscribe this channel.