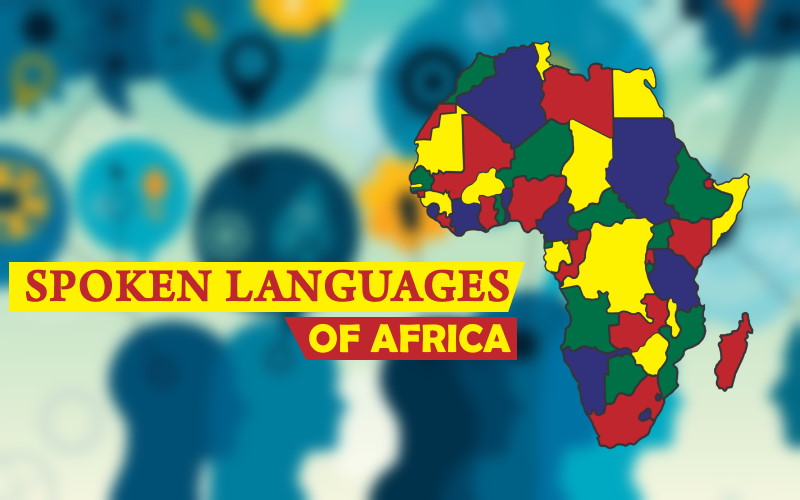 If you want to enter in African business market, you have to translate your business website in most spoken language in Africa. As Africa is one of the largest continent in the world.

There are more than 1000 African languages so it can be difficult to select but in this article, we have mentioned top 10 major languages in Africa.

Swahili is one of the most common languages in Africa. This is the first language of the list. Swahili have between 100 and 150 million speakers in Africa. It is also known as a ‘Bantu’ language, Swahili actually invented from other languages like Arabic.

In these parts like Kenya, Tanzania, Uganda and the Democratic Republic of Congo, it is an official language, not only Africa, it is also used in countries like northern Mozambique, Sudan, Ethiopia, Burundi, Rwanda, southern Somalia and the Comoros Islands.

In Africa, main medium of instruction in schools is Swahili language so it’s not a difficult language to learn. If you have some know how of Arabic language, then you can learn this language easy.

Oldest African language Swahili was also used in The Lion King. Some words of English language like “no worries” can speak in Swahili like “Hakuna Matata” and Lion means “Simba”

The meaning of black in Swahili is “nyeusi

In Ethiopia, more than 20 million people speak Amharic which is one of the main languages. After Arabic language, it is the 2nd most spoken Semitic language in the world.

In Nigeria, there are more than 30 million Yoruba speakers, the combination of Benin and Togo, making it one of West Africa’s most spoken languages. Including Akoko, Oworo, Ekiti, Ijebu, and Ijesha this language has more than 15 dialects.

The meaning of “Travel ” in Yoruba is “ irin-ajo”

In Egypt, Ethiopia, Kenya and Somalia, Oromo is a major spoken language. This language is spoken by 30 million people.

Now here is an amazing thing about this language, Between 1974 and 1991 the people of Oromos were forbidden writing this language.

Hausa on number 5th in languages spoken in Africa. The official language of Nigeria is Hausa, which has 40 million plus speakers around this continent.

Hausa is an advanced language in Africa. This language uses Boko and Latin alphabet.

The meaning of “ Sun” in Hausa is “hasken rana”

IGBO is the 6th popular African language that also spoken in Cameroon and Equatorial Guinea. It has 20 million speakers and it is a famous language. This language taught in Nigerian schools.

The meaning of “Moon ” in IGBO is “ọnwa”

Zulu is 7th most spoken language in Africa with 10 million speakers. It is much related to other languages like Ndebele and Xhosa. Zulu is also the name of largest Ethnic group in South Africa.

The meaning of “ God” in Zulu is “UNkulunkulu”

In Zimbabwe most common spoken language is Shona along with English. Shona is also spoken by 10 million plus people. This language has two different versions. The version called “High” is used while praying and the version “low” is used in homes.

The meaning of “ Death” in Shona is “rufu”

As Arabic is one of the most spoken languages in the world by 280 million speaker worldwide and 150 million in Africa. Name of some Arabic speaking countries are Morocco, Egypt, Mauritania, Algeria, Libya, Eritrea and Tunisia.

The meaning of “sister” in Arabic is “أخت”

Portuguese is the 10th most African language and the official language of six states of Africa including Mozambique, Cape Verde, Sao Tome e Principe and Equatorial Guinea.

Portuguese is mother tongue of 14 million people and 30 million speakers have second language.

The meaning of “Turtle ” in Portuguese is “tartaruga”

This video describe almost 100+ interesting facts about Africa country and video is created by “101 Facts“.

Africa is one of the biggest country and have too many beautiful places so “Displore” shows us most beautiful cities of Africa and we are very thankful to the maker of video to entertain us.