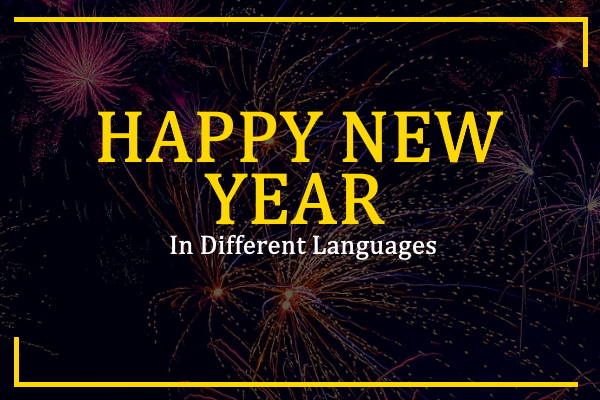 Happy New Year in Different Languages: New Year is when a new calendar year starts, and the number of the calendar year increases by one. The event is celebrated in many cultures and it is often marked as a national holiday on the first day of January. The most common calendar system today, Gregorian calendar, takes place on 1 January (New Year’s Day).

Happy New Year in All Languages

Translation of word Happy New Year in almost 100+ different languages of the world.

Video Translation of Happy New Year in 10 Other Languages

Many communities celebrate their customary or theological New Year Dates, sometimes in addition to a (Gregorian) secular calendar according to their own traditions

A New Year is an opportunity to reflect on the previous year and to learn about what you expect to achieve in the new year.

If the aim is more common or more important, like going to a gym, you have to determine how to do it. If you split it in smaller steps, it may still be possible

New year is the time of celebration all over the world. People enter a new year with new expectations and hopes.

They have different goals to achieve. Happy new year wishes are mandatory all around the world. You should be aware to wish people in different languages to have a close look at their culture.

The New Year gradually travels around the planet as the starting of the day bring in the New Year because of the separation of the world into time zones.